There are two major ways to improve your Brazilian jiujitsu: 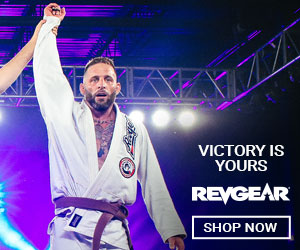 Which is more important to improve your jiujitsu?

The answer is: it depends.

Let’s take a deep dive and find out why…

Rolling vs Drilling: Which is better?

Fundamentally, if you are not pushing yourself with either your rolling or drilling then you are not training properly. You will not progress.

The main question between whether rolling or drilling is what do you want to fix with your jiujitisu?

Rolling (or “sparring” by another name) can make you tougher. It allows you to see if you know your stuff. Drilling improves your technical knowledge. It can give you both the building blocks to develop a technique and then fine-tune it.

Let’s explore each advantage and disadvantage of drilling and rolling in BJJ.

Advantages of Rolling in BJJ

Rolling is the heart of what makes jiujitsu work. There are many types of rolling that can be adapted for particular training goals.

Rolling is great preparation for tournaments. It’s about as close you can get to a real fight as well.

Disadvantages of Rolling in BJJ

One of the major disadvantages to rolling is the potential for injury.  Injuries and sparring go hand in hand because of the nature of the sport. Generally, as one becomes older it takes longer to heal. This makes sparring riskier for the older guys and gals in class.

The intensity level of a roll can also get heated fast. This might not be what a training partner was expecting and tensions can fly.

This is why it’s important to know your rolling partner and know what types of rolling you and your partner are engaged in before you start.

Advantages of Drilling in BJJ

Drilling is often the first step to learning a technique. It is really a necessary building block for understanding its basic mechanics and principals.

Drilling is important for detail orientated techniques. The correct form is fundamental to improving techniques in actual rolling.

It’s much easier to identify bad technique and form while drilling than in rolling. If the improper technique is not identified while drilling, it will simply be reinforced while sparring on the mat.

Disadvantages of Drilling in BJJ

At its worst, drilling is not realistic. A common criticism of traditional martial arts is that the techniques are practiced machine-like without any realistic application. This critique can apply to drilling in Brazilian jiujitsu as well.

The problem with drilling is if it is practiced too much and at the expense of other training.

Drilling ingrains habits and reactions into your muscle memory. This is good. Do it too much and you will underdevelop your ability to respond to the variables of sparring/tournament play, or worse, real fighting (should you ever need it)

We use cookies on this site to optimize site functionality and give you the best possible experience. By using this site, you accept our use of cookies. Learn More